For the past several weeks the children have really enjoyed exploring with the ramps and marbles that were added to the block area!  They worked both independently and collaboratively to create block structures  of various heights to connect the ramps to and watch the marbles roll along the pathways they made.  The children  also used classroom furniture such as chairs and tables and the windowsills to lean the ramps against.  They noticed that the more straight the ramp was and the higher it was  positioned, the faster the marble went!  It was also fun to watch excitement grow when large marbles were added to the area.  Some children chose the large and some preferred the smaller ones.  These differences in preference made for some great comparison opportunities.   When they built structures at the end of their ramps for the marbles to “crash” into, they observed that the larger, heavier marble was more capable of knocking the structure down than the smaller marble.  They also discovered that when they pushed the marble with stronger force down the ramp, it broke the structure even more . 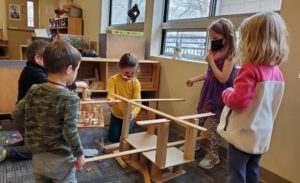 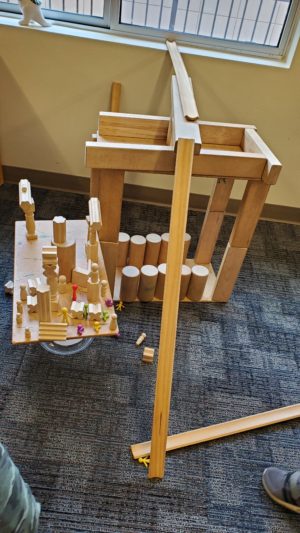 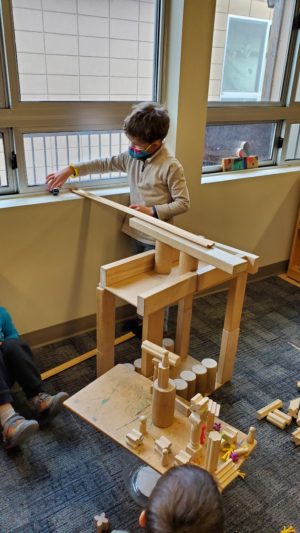 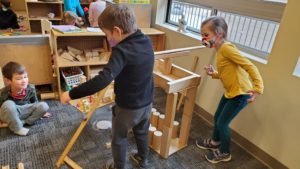 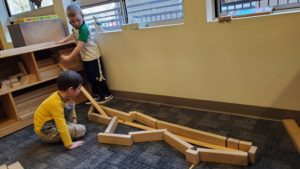 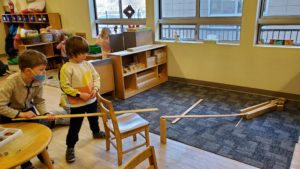 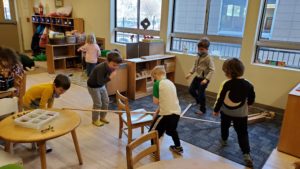 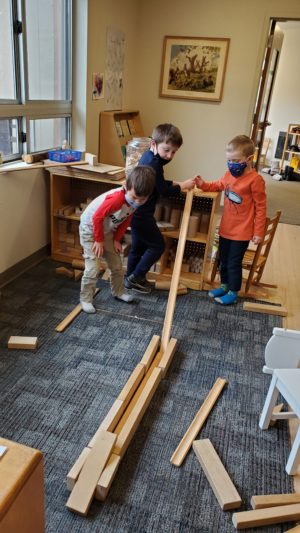